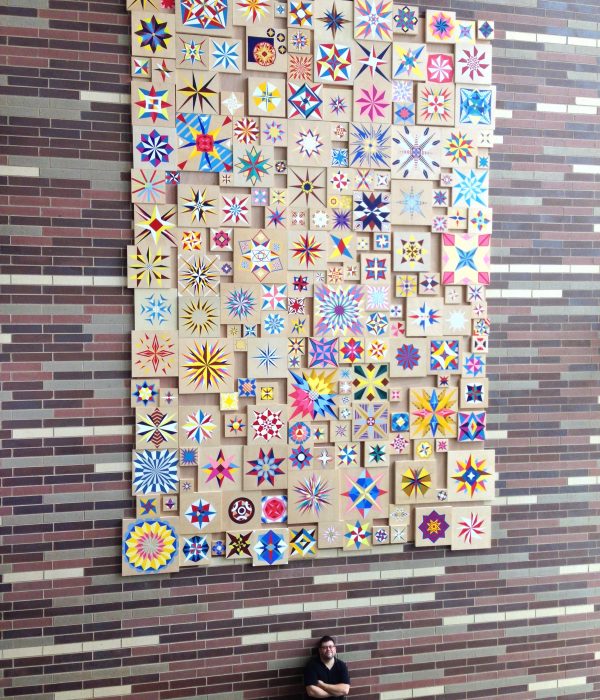 Eric Solorio was a Chicago police officer who lost his life in the line of duty. He was a member of the community and a much-beloved role model on the local scene. The school has adopted the Chicago Police Star as it’s logo. I had been painting stars for a couple of years and recognized it’s power as a potential unifying symbol for our class to get behind. We looked at art throughout the ages that used “sacred geometry” and “stars”, from Buddhist mandalas to Islamic temple art. We looked at contemporary artists like Sol Lewitt and Michelle Grabner’s spheres and stars. We discussed rules. The apprentices accepted the “star” concept enthusiastically, and work began on the most ambitious project I’ve ever worked on as an ASM teaching artist. The kids made a simple set of rules- no one can use the five-pointed police star, it had to be four up to infinity. They debated and democratically voted on a final color list- only shades of red, blue, and yellow are allowed, and white is allowed anytime. That’s it, no purples, greens, blacks or grays. They also decided that the natural wood would be the background.

Since June, 2014, our apprentices have pushed themselves through a rigorous routine of hard work and dedication. Each time we have been visited, our kids have shown themselves to be actively engaged in this project and were excited to learn that the principal gave us such a prestigious wall in the school. A huge thank you goes out to Principal Victor Itturalde for his support of our program and it’s growth, and a huge thank you goes out to AfterSchoolMatters for making it possible to begin with. Last but not least, thanks to my teaching assistant, Justin Clemons, for all his hard work making everything go as smoothly as possible. We look to update this page by September of 2015 to show everyone pictures of the final installation. 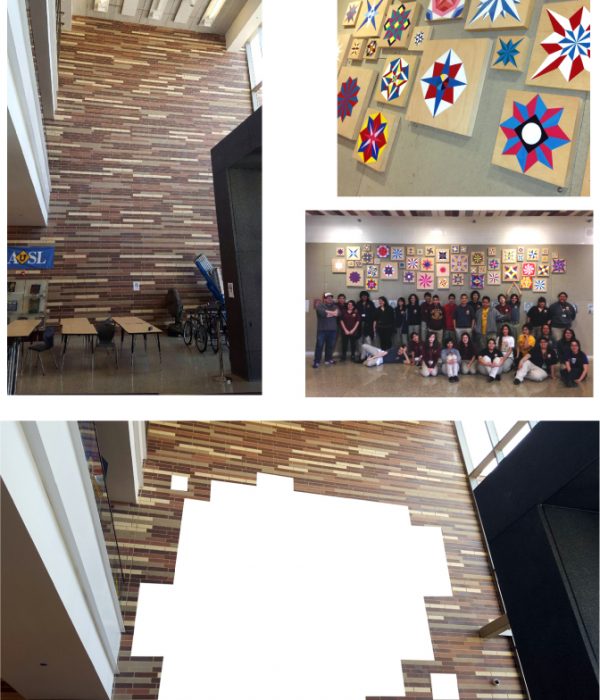 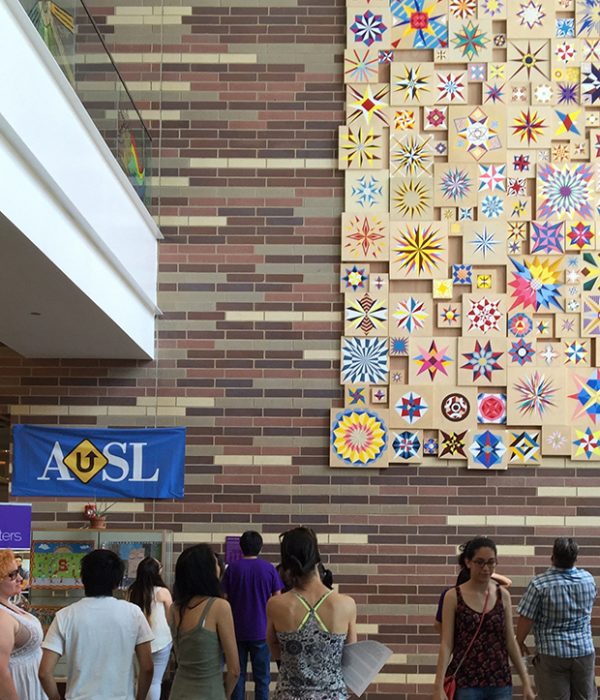 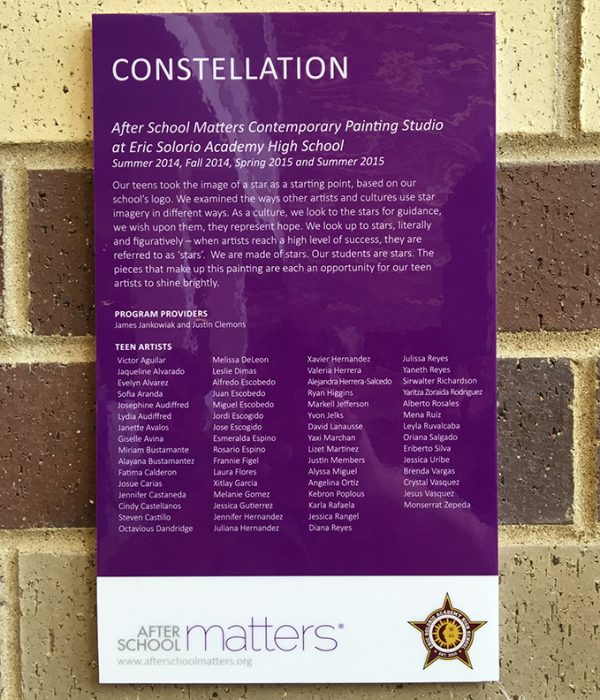 Back to Teaching Artist Life